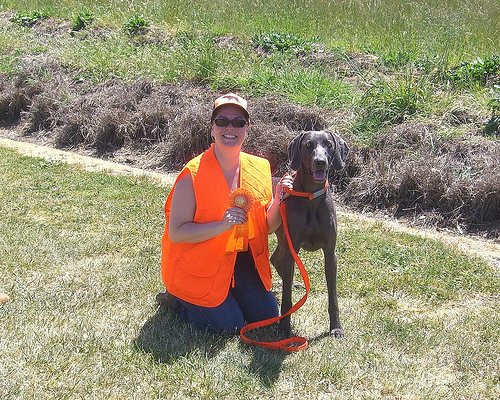 I am actively involved in the Weimaraner community.  Since my blue Weimaraner Roxie, Int CH Fairhavens Blu Skys the Limit, SH, NAVHDA NA2, came home in June 2007, I have emerged myself into the Weimaraner world.  I am currently active with the following:

Roxie and I are also active in showing in conformation at the International All Breed Canine Association (IABCA under FCI Standard).  In 9/08 Roxie earned her International Championship.  In addition, Roxie earned a NAVHDA Natural Ability Prize 2 with a score of 102 in March of 2008.  In April 2008, Roxie earned her Junior Hunter title and in February 2013 earned her Senior Hunter title.  Recreationally, Roxie and I are experiencing our fourth season of pheasant hunting together and are enjoying every bit of it.  To read more information visit Blue River Weimaraners